Large choice of electric bike "Made in France"

Marty offers you a wide range of quality bikes (electric and mechanical) with many accessories (surf carrier, baby carrier, etc.). A helmet and padlock will be provided free of charge with the bikes.

Do not worry about how to collect your rental bikes when you arrive on vacation. Marty delivers them directly to your home at any time of the day ... for free.

Advice on the best bike rides in the Basque country

Marty and the team will be happy to inform you about the best cycling tracks on the Basque Coast. Take advantage of great tips from a team of young locals (cycle paths, restaurants, beaches, essential places).

SELECT YOUR BIKE WITH GEARS AND YOUR DROP OFF LOCATION 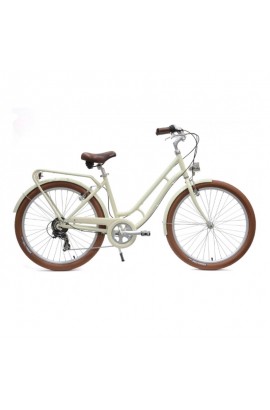 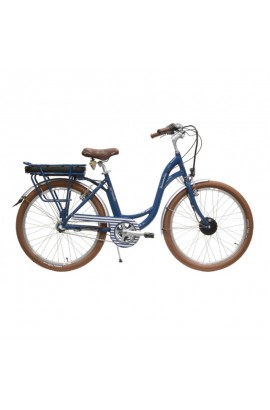 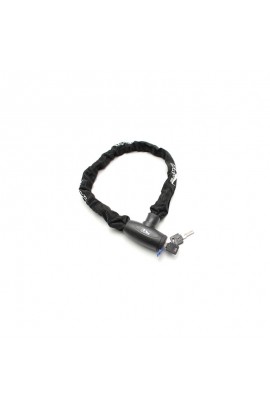 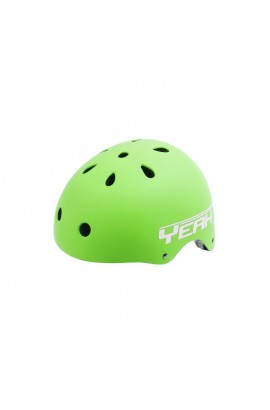 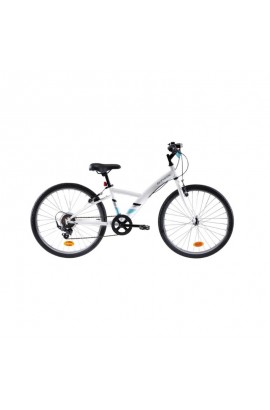 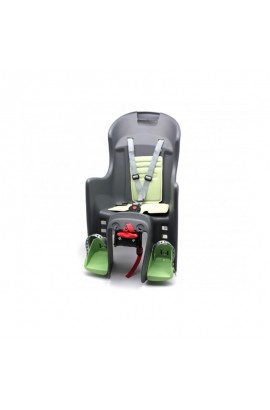 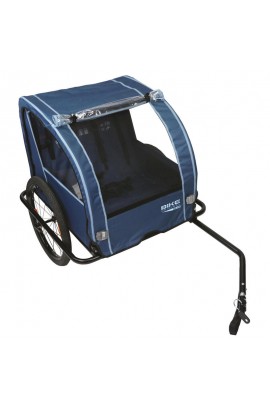 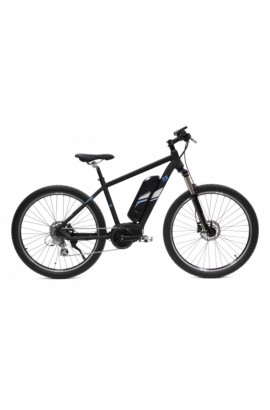 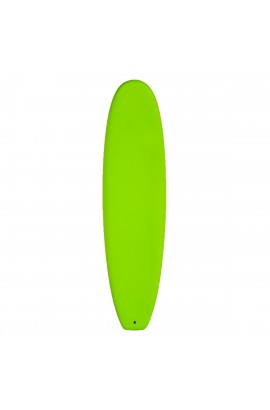 HIRE A BIKE IN ANGLET, FRANCE

Hire a bike in Anglet, France

Staying in Anglet for your Basque Coast holiday? One of the best ways to explore the Basque Coast is by hiring an electric bike from Marty Bike Rental. Take advantage of the newly created and improved bike paths “velodyssey” that spans along the entire Basque Coast.

Particularly in the depths of summer, like any beach town, it can be difficult finding a park and getting through the traffic jams with a car. With Marty Bike rental, we can deliver your bike to your accommodation and have you zooming around the towns, along the coast and parking out the front of the restaurants or the entrance to the beach.

Our bikes can run for 100kms before the next rechange so you can ride until your heart is content visiting Handaye and Saint Jean de luz, staying around Anglet or heading off to Biarritz and Bayonne. Some of our customers have even ridden to Hossegor.

Whether you are visiting by yourself, with a group of friends, as a family or as a couple, take advantage of all our advice on the region's cycle paths and thing to see and do. We know you will have a great time visiting our beautiful region.

Maybe Anglet doesn’t have all the glizt and glam of it’s neighbour Biarritz but with over 11 beaches stretched along it’s coast line, Anglet has more beach options than all the towns on the basque coast. With countless beachfront cafes and restaurants, a daily indoor market, a huge outdoor market twice a week and 2 golf courses there is so much to keep you occupied in Anglet.

Biking in the Basque Country has long been enjoyed by experienced athletes and those cycling groups in full lycra. Thankfully biking in Anglet is made easy due to its flat roads and designated bike paths. Luckily for us and thanks to the electronically assisted bike, we no longer need to have the thighs of a cyclist to visit the other villages of the Basque Coast by bike! Whether it’s ocean views, the best surf spot, local food or countryside cruising you are after, with a 3 level assist, you can chose the amount of effort you feel like putting in. All that is left to do is jump on, hold tight, feel the fresh air on your face and enjoy.

The team at Marty Bike rentals in Anglet will set you up with what you need. We will adjust your seat as required, show you the very easy 3 level assist on your electric bike and answer any questions that pop to mind. We are here to offer you tips and advice on where to go and what to do so you get the most out of renting a bike in Anglet.

As well as browsing through the Marty Bike Rental website and reserving your bike and accessories online, feel free to contact us on +33(0)6 95 45 54 99 with any questions or special requirements you have in mind.

BIKE RENTAL AND SALE OF ACCESSORIES

Bike Rental and Sale of Accessories

The hire of bikes and selling bikes are the two main activities on the Marty Bike Rental website. If there are any further questions that you might have, please feel free to contact us on +33(0)6 95 45 54 99.

Marty Bike Rental offers a range of ARCADE bikes. All our bikes are manufactured in La Roche sur Yon in Vendée, France and are considered as one of the best quality made bikes in Europe.

All our electric bikes are mounted with 14.5 Ampere batteries (100km of autonomy). The California-style city bikes are fitted with very large puncture-resistant tires and a "royal" saddle for maximum comfort. No bike is more than 2 years old and are kept in the best condition for safety needs and just great beach style.

Our non-electric bikes are renowned for their comfort (26 inches, 7 speeds, wide tires and leather-padded saddle), their robustness (anti-rust aluminium bike) and their chic and timeless style. We wanted bikes that looked great so that people would treat them well and feel good riding them.

Among our bicycle accessories listed, we also offer:

Our Advice on Bike Rides for Anglet and The Basque Coast

We recommend 2 beautiful electric bike rides from Anglet along the coast.

A perfect place to start is Chambre d’Amour, looking out to the sea, the lighthouse should stand tall on your left… That’s where we are headed. A small climb in the direction of Biarritz the overwhelming ocean view of Plage de la Petite Chambre d’Amour will be on your left. Passing by the Biarritz Lighthouse Golf Course, be sure to take the time to ride around the Biarritz Lighthouse and take in the full coast line of the town of Biarritz. Now it’s time to visit the town of Biarritz and see what all the fuss is about. Past the royal Hotel du Palais Grande Plage, past the Biarritz Casino, we’re heading South.

Follow the coast line with the beach on your right, past the ice cream stands, crepe shops and the grand Saint Eugénie Chapel. Peer down upon the Fisherman’s Port with all the quant fishing boats moored safely from waves. Through the tunnel will see you pop out in front of the Biarritz Aquarium which is directly opposite the Virgin on the Rock and the famous bridge that was originally built under the orders of Napoleon III. Next up is the picturesque Port Vieux which literally translates to ‘Old Port’, watch out for the white bears, the swimmers that make it their purpose to swim here every day of the year. Keep to the coast and the beautiful Villa Belza will welcome you the the stretch of beach that is perfectly name the Coté de Basque (Basque Coast). Make your way up the bike path that climbs up the cliff called the Cent March (100 Steps). Be sure to stop at the top and take in the breath taking view of the Pyrenees and the Spanish coastline to the left. Follow the road and cruise down the wonderful decent towards Plage de la Milidy, looking out to the sandy beach often filled with umbreallas, surfers, and smiling faces. You are not far from the Cité de l’Océan and Ilbiaritz Golf Course.

Keep to the dedicated bike path and follow the signs to Bidart, passing the lookout to Plage d’Erretegia. Meander along the road Corniche de la Falaise until you arrive at Chappelle Sainte Madeleine, possibly one of the best views in Bidart. With a backdrop of the Pyrenees, you can see clearly the jagged coast line of Spain and all the towns in between. Next you’re heading straight into the town centre of Bidart. So many local shops like, Etxe Peio, with all it’s local food specialties, and L’Atalier with locally handmade bags, jewellery and more. The Fronton de Bidart is often filled with people, whether there is a game of pelote basque being played, local dancing in the square, the weekly market or just people basking in the sunshine. Stop, walk around and even pop your head into the restaurant Elissaldia, a restaurant with a trinquet court inside where there is often a fast indoor game of pelote basque being played.

Cruise down Rue l’Uhabia on your way towards Plage de L’uhabia, over the little bridge,  past the beach carpark and keep going until you reach the first street on your right, Chemin Palementia. You will have a slight climb along the marked bike path however the rewarding view from the picturesque church of Saint Joseph des Falaises is well worth it. Here you can look out to the famous wave of Parlementia which can get as big as 6 meters on a big swell day.

Continue down the hill and over the bridge, where Chemin Zubialdeko greets you on the right, you’re now entering the little town of Guéthary. Often referred to as little Paris the streets are often filled with the very trendy and fabulously dressed, not really a barefoot or bare chest in sight as that seems to only be appropriate for the actual beach.

Back over the train line guiding yourself past the charming train station, pass Plage de Cenitz and you will soon find yourself on the dedicated bike path. Cruise along the cliff top overlooking Plage de Lafitenia, you’ll pass camping car after camping car as this is the valley of the camp grounds, where families set up their home away from home to enjoy the beaches and seaside restaurants. Get yourself back to ocean level and hit the bike path next to the sand at Plage d’Erromardie. Not a surfer in sight here, barely a ripple on the water, lots of sun baking and listening to the music playing from the nearby bars and restaurants. From here the path is clearly marked as you make your way towards your first glimpse of the bay of Saint Jean de Luz. The glistening white facade of the Pointe de Sainte Barbe will welcome you at the north opening of the bay. This little church/bunker has lived through the wars, been occupied by the Spanish, the Germans and now the French, it has been built and demolished and rebuilt again over the years. With the bay on your left, cruise along the edges until you make your way to the town’s centre. Saint Jean de Luz is so much more than a humble fishing town with it’s buzzing indoor market, cobble stone streets, the House of Louis XIV and Sainte Jean Baptiste Church. It’s time to explore and congratulate yourself on your ride…then all you have to do is get back.

Cycling from Anglet to Bayonne.

Whether you take the bike path directly next to the beach or the bike path next to the Boulevard des Plages you’ll be wizzing past the many beaches of Anglet where you’ll see happy families, salty surfers, beachside restaurants and countless ice-cream stands. Making your way to where the river Adour of Bayonne meets the Atlantic Ocean often filled with large cargo ships unloading their treasures. Glide along the banks of the river, watching as the cargo ships turn into sailing boats and the trees turn into buildings adorned with different coloured shutters. The oceans horizon disappears behind you, you’re arriving in Bayonne with it’s gothic style Bayonne Cathedral, Basque Museum and narrow medieval streets. It’s time to explore and congratulate yourself on your ride…then all you have to do is get back.

Our entire range of rental electric bikes are also available for sale new. Do not hesitate to come and discover and try our bikes for free in anglet, we will be there to advise you on the type of bike suited to your needs.

Payment can be made either by visa or mastercard, by your paypal account or in cash. Remember delivery is free throughout the Basque coast.

Why Trust Marty Bike Rental to Rent your Bikes?

All of us at Marty Bike Rental are here to help you get the most out of your bike rental experience. Our bikes are great quality, safe and look great. We love the Basque Coast and will be happy to offer tips and friendly advice in whatever you’re interested in seeing.